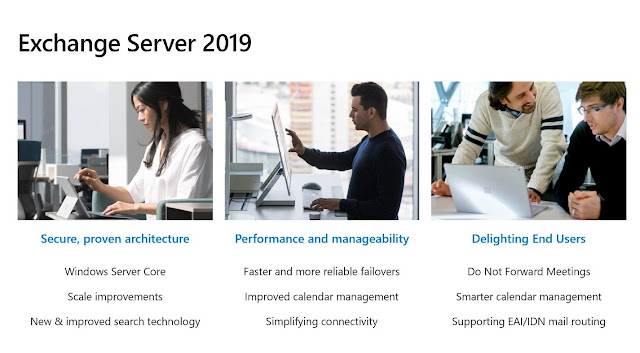 Exchange architecture
Exchange use a single building block architecture that provides email services for deployments at all sizes, from small organizations to the largest multi-national corporations. 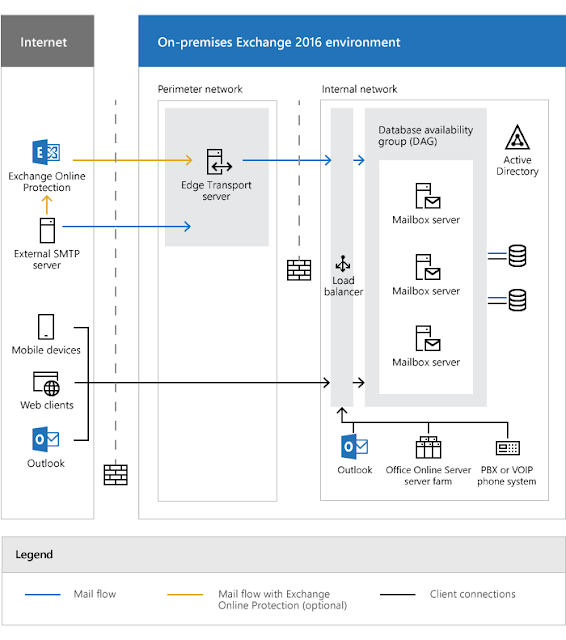 A complete list of Exchange 2019 system requirements, is available at this site. Below, I list a shortened version.
With the great focus on scalability and performance, the minimum RAM requirement might come as a bit of surprise. According to the documentation, Exchange 2016 required only 8 GB of RAM. As far as I have tested it, small Exchange 2016 organizations worked just fine with 8-16 GB. While it is possible to install Exchange 2019 with less memory, it will not let you experience any of the performance-boosting functionalities.

With Exchange 2019, Microsoft says goodbye to the UM role. Organizations which use Unified Messaging probably are not thrilled to learn that.

Each and every Exchange version was announced to be more secure than the previous one. This time; however, the Exchange development team went an extra mile to ensure maximum security of the newest release.
Even before the official release of Exchange 2019, it was mentioned that Exchange 2019 has been created with Windows Server Core version in mind. The most important reason for this decision is, that’s right, security. You can install Exchange 2019 on Windows Server with Desktop Experience, but you will not be able to take advantage of the improvements mentioned below.

Now, let’s get technical. Exchange 2019 has been redesigned to use Server Garbage Collection (GC), instead of Workstation GC. Translating to English, previous on-premises Exchange versions used .NET libraries in Workstation Mode, Exchange 2019 has switched to the Server mode. What is the difference? Simply speaking, the workstation mode is the best when it comes to handling small number of long running applications. It minimizes latency when processes have to run non-stop, but, at the same time, does not allow the server to use the most of its CPU power.

In Exchange 2019, you can selectively allow or restrict access to Exchange admin center and to PowerShell. The criteria can base on IP Address, authentication type and user property values. Thanks to those rules, it is possible to ensure that there are no unauthorized connections to your Exchange environment, or to allow certain users to use PowerShell for specific time frames.